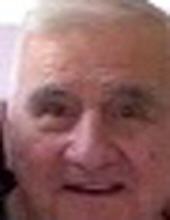 Naugatuck - Charles A. Mascola, 89, passed away on Tuesday, March 23, 2021, at Beacon Brook Health Center. He was the husband of Lucy (Guliuzza) Mascola.

Mr. Mascola was born September 24, 1931, in Waterbury, the son of the late Neal and Carmella (Langello) Mascola. He was a lifelong resident of Naugatuck where he attended local schools and was a proud alumnus of St. Francis School class of 1947. He proudly served in the U.S. Army during the Korean War. Mr. Mascola was instrumental in starting various softball tournaments and eventually lighting area ball fields during the 1960s.

Arrangements- A Mass of Christian Burial will be held on Friday, March 26, 2021, at 11 am. at St. Francis of Assisi Church, Naugatuck. Friends are asked to meet directly at church. Committal will follow in St. James Cemetery and there are no calling hours. The Alderson-Ford Funeral Home of Naugatuck is assisting with arrangements.
To order memorial trees or send flowers to the family in memory of Charles A. Mascola, please visit our flower store.