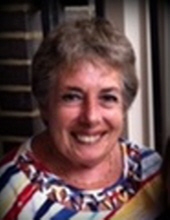 SOUTHBURY – Carolyn S. Matzkin, 77, beloved mother, grandmother and sister, passed away on Tuesday, October 20, 2020, at her home in Southbury. She was the wife of the late Matthew C. Matzkin.

Mrs. Matzkin’s favorite role was grandmother of Mia Natelli and of Robert and Aleksandra “Alya” Matzkin, who became her grandkids when her son adopted them in 2019 after marrying their mom. In addition to her beloved grandchildren, she is survived by her daughter, Nancy Natelli and her husband Tony of New York City; her son Bruce Matzkin and his wife, Tamara “Toma”, of Yerevan, Armenia and her sister, Susan Denison and her husband Richard “Rick” Caro of New York City and Sarasota FL.

Arrangements – A graveside service for Mrs. Matzkin will be held at 1:30 P.M. on Sunday, October 25, 2020, at Hebrew Benefit Cemetery, Stillson Road, Waterbury. The Alderson-Ford Funeral Home of Waterbury, 496 Chase Ave, 06704, is assisting the family with the arrangements. Memorial contributions, in Mrs. Matzkin’s name, can be made to the Humane Society of the US, the ASPCA or the American Cancer Society.
To order memorial trees or send flowers to the family in memory of Carolyn S. Matzkin, please visit our flower store.