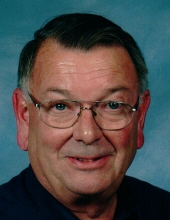 Mr. King was born July 4, 1938 in Boston, MA, son of the late Gerald and Ruth (Rowe) King.
He was the loving husband of Susan TenEyck King, to whom he was married for 58 years. Bruce spent a large portion of his life, together with his wife Susan, living in Cheshire, where he was an involved and engaged member of the community for over forty-five years. He took joy in his involvement with the Cheshire United Methodist Church for more than 50 years, during which he served in nearly every and any capacity at some point in time. He enjoyed playing piano and had strong interest in gardening. He enjoyed boating, particularly sailing, at one point owning his own sailboat on which he enjoyed taking his family, to explore the local waters.

Bruce was a Licensed, Professional, Civil Engineer. He worked for years with various area Engineering Firms and even as a sole proprietor for a time. During his career he was involved with many professional organizations and associations such as; The Society of Professional Engineers, The New England Water Environmental Association, and the Water Pollution Control Authority of Cheshire, to name only a few.

In addition to his wife Susan, he is survived by his two children; Alan Bruce and his wife Carol King of Wisconsin, and Alison Louise and her husband Colin Barney of Cambridge, NY. He is also survived by his two grandchildren Amy, and Maxwell. Bruce was predeceased by his sister, Connie Long of California.

Arrangements- A Celebration of Mr. King’s life will be held at Cheshire United Methodist Church, 205 Academy Road, 06410 at 11:00A.M. on Saturday, April 13th. Burial will occur at the convenience of the family. There are no calling hours. The Alderson-Ford Funeral Home of Cheshire, 615 South Main St, 06410 is assisting with the arrangements. Donations can be made to the Cheshire United Methodist Church.
To order memorial trees or send flowers to the family in memory of Bruce Gerald King, please visit our flower store.