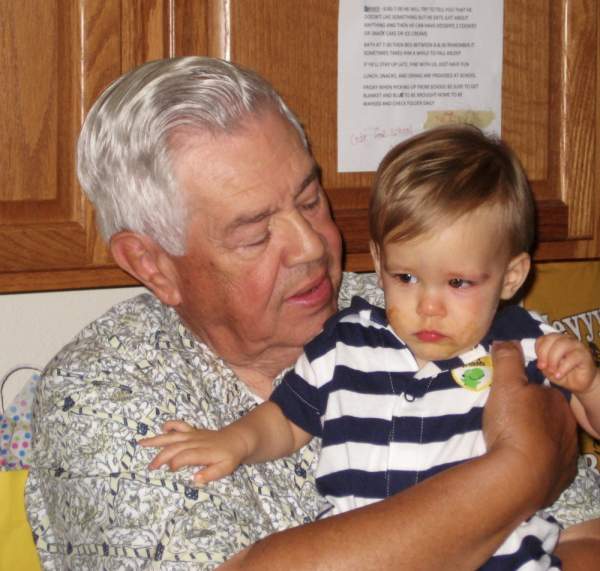 CHESHIRE – Bruce D. Williamson, 84, passed away on Friday, November 6, 2020, at Yale New Haven Hospital. He was the husband of Linda (Bergquist) Williamson.

In addition to his wife of 56 years, Bruce is survived by his sons, Douglas James (Karen) Williamson of Marblehead, OH, Donald Arthur (Sue) Williamson of West Point, N.Y. and Daniel Bruce (Michelle) Williamson of Salem CT, and his daughter, Lori Lynn (Bill) Fassbender of Oxford, CT. His son, Todd David Williamson, preceded him in death in 2000. He is also survived by his brother, Donald Paul (Carole) Williamson of Murrell’s Inlet, SC., and will be very missed by his eight grandchildren, Scott, Rachel, Keziah, Hannah, Abby, Wesley, Mia, and Bella, and his six greatgrandchildren, Aiden, Riley, Teagan, Brooklyn, Nathaniel and Josiah, as well as many nieces and nephews.
Bruce was born January 27, 1936, in Jamaica Plain, Boston, son of the late Arthur Webster and Evelyn (Hay) Williamson.

He was a graduate of Needham (Massachusetts) High School, where he was an outstanding hockey player for the Rockets. His passion for hockey lasted a lifetime and led him to devote many years to coaching and officiating in youth hockey programs. Bruce would continue his education in the Business Department of the evening college program at Northeastern University in Boston. A passion for automobiles of all sorts led him to begin his career in the working world as a transmission mechanic at Donati’s Jenney station in Needham, but knowing that he had a knack for sales, Bruce transitioned in his career to selling office machines and cash registers, first with Victor and then with Monroe-Sweda. After working his way up the sales ladder at Sweda Cash Registers, he later served as President of its subsidiary, Hugin Cash Registers. During the recession in the late 1970’s, Sweda dissolved that position which prompted him to venture out on his own as owner and sales representative for his company, Hewitt Business Systems in Brookfield, CT, remaining in business for over 25 years until his retirement in 2003.

Bruce truly lived life to the fullest, which was evident in everything he loved to do. Throughout his life, he raced stock cars, owned thoroughbred horses, spent summers in Cape Cod sailing with his father-in-law, and played thousands of rounds of golf with friends, his sons, brother Don, and sister-in-law Carole. And even though she was never a golfer, Linda loved to come along whenever she could to drive the cart! He was extremely proud of all of his children, and was his grandchildren’s biggest fan of every sport they played and every accomplishment they achieved.

A devout Christian who passionately loved the Lord, Bruce served on the vestry of St. Stephen’s Episcopal Church in Ridgefield, CT, St. Paul’s Episcopal Church in Woodbury, CT, and St. Bartholomew’s Episcopal Church in North Augusta, GA. After moving to the Elim Park Independent Senior Living Community in Cheshire, CT in 2013, Bruce was active in the Men’s Bible Study and always said that his favorite book of the bible was the Gospel of John.

Perhaps more than anything else, Bruce would say that the greatest gift God ever gave him was his beloved wife, Linda. For nearly 60 years, they were always together and their marriage was an inspiration to all who knew them. They passionately lived out their vows of staying together for better or worse, for richer or poorer, in sickness and in health, until the Lord calls them home.

Arrangements – Funeral services for Bruce will be held virtually over Zoom and those who would like to attend can send an email to his son, Don Williamson, at chaplaindon@gmail.com to request the link for the service. Burial will be in the Williamson Family Plot at Pleasant Hill Cemetery in Wellfleet, MA. later in the spring. There are no calling hours and The Alderson-Ford Funeral Home of Cheshire is assisting with arrangements. Memorial contributions in Bruce’s name, may be made to Elim Park Residence Benevolence Fund in Cheshire, CT. For online condolences, to share a photo or a story, please visit www.fordfh.com.
To order memorial trees or send flowers to the family in memory of Bruce D. Williamson, please visit our flower store.