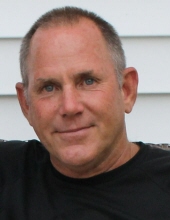 CHESHIRE - Brigham Metcalfe, passed away peacefully at CT Hospice in Branford on December 20, with his wife Marianne by his side. He was born in New Haven on February 6, 1955, to Stephen B. Metcalfe and Mary-Louise Brigham Metcalfe.

He grew up in Cheshire, graduating from Cheshire High School in 1972. He was a standout basketball and tennis player. In 1976, he graduated from New England College in Henniker, New Hampshire with a degree in business administration. With business partners and high school friends, he opened The Greenery Restaurant in New Haven in 1978. Brigham met the love of his life, Marianne Harper, at the Greenery and they were married in 1982. Their first daughter, Lindsey, was born in 1983, followed by Heather in 1989. Both were the lights in Brigham’s life. Brigham and his partners left the restaurant business in 1981 to found CT Beverage Mart, one of the first upscale supermarkets for wine, beer and spirits in Connecticut. In the coming years, three more highly successful Beverage Marts opened in Connecticut. Brigham was the Chief Financial Officer for the business. He served as president of the Connecticut Package Store Association and was awarded Retailer of the Year in 1987.

Brigham’s love of sports and fitness continued throughout his life. He coached the Cheshire High School boys’ tennis team from 1993 to 1995, winning two state championships. He was a ranked tennis player in New England, the respected captain of a USTA 5.0 Team, and was runner-up in singles and doubles at the New England Senior Slam Grass Court Championship in Newport. Brigham was an avid golfer and loved playing all sports with family and friends. Other than on the tennis court, Brigham’s favorite place to be during the summer months, was on the beach in Branford soaking up the sun on Long Island Sound.

Brigham is survived by his beloved wife, Marianne; his daughters, Lindsey and Heather and his brother, Stephen Metcalfe of La Jolla, California. He will be dearly missed by the people he loved and who so loved him.

ARRANGEMENTS - Calling hours will be held on Friday, December 27, from 4 to 7 pm at the Alderson-Ford Funeral Home of Cheshire, 615 South Main Street. Services and burial will be held at the convenience of the family. Donations in Brigham’s name can be made to Our Voice, Attention: Heather Metcalfe, 35 Woodfin St, Asheville, NC, 28801 or online at (www.ourvoicenc.org).
To order memorial trees or send flowers to the family in memory of Brigham Metcalfe, please visit our flower store.