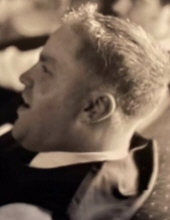 CHESHIRE – Brian Norton Perry, 43, passed away on Friday, November 20, 2020, due to complications of Diabetes. He was the son of Phyllis (Norton) Perry and the late Thomas Perry.

Brian was born August 3, 1977, in Meriden and was a lifelong Cheshire resident. He attended local schools and graduated from Cheshire High School, Class of 1996. After his graduation, he remained active at the high school for many years coaching Freshman Lacrosse and assisting in various aspects of the High School football program as well as football at the junior level. He furthered his education at Quinnipiac University where he obtained his Bachelor’s degree. Brian was known for his ability to fix anything electronic, specifically computers and phones.

Arrangements – Funeral services and burial will be held at the convenience of the family at Cheshire Hillside Cemetery and there are no calling hours. The Alderson-Ford Funeral Home of Cheshire is assisting with arrangements. Memorial contributions may be made to an organization of the donor’s choice.
To order memorial trees or send flowers to the family in memory of Brian Norton Perry, please visit our flower store.