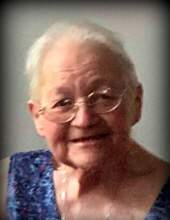 NAUGATUCK - Beatrice A. (Alteri) Hassenfeldt passed away on Wednesday September 2nd, 2020 at Waterbury Hospital. She was the wife of the late Howard R. Hassenfeldt Sr. Bea was born on June 6th of 1944, or as she always said, dropped with the bomb, alluding to the Normandy Landings of WWII, D-Day.

She was born to Alfonso (New Haven) and Ela Mae (Sanford) Alteri (Beacon Falls) in the City of New Haven. She moved to the Naugatuck Valley early in life after the tragic death of her father who she loved very much. There, she met Howard, her Hercules, and they started their family in Naugatuck. She would stay there for the entirety of her life. A homemaker, she raised two sons, Howard Hassenfeldt Jr. (54) And Lewis Allen Hassenfeldt Sr. (52).

She was eccentric in her interests; to name a few, classic movies on TCM, the New York Yankees, and the Late King of Rock ‘n’ Roll, Elvis Presley. Even more beloved to her than those, were her friends and neighbors-turned-family on Mulberry Street in Naugatuck. She also had a lot of love for the Hassenfeldt Rottweiler, Jaimie “Doo” and her mixed-hound -dog counterpart, Dillon “Doo”.

She is also survived by her daughter-in Law, Anita Hassenfeldt, her Brother-in-Law Richard Hassenfeldt, and five grandchildren, Raymond, Zacharius, and Courtney of her first son and Lewis Jr. (and his wife Valbona) and Lyndsey Nicole of her second son; and her two great-grandchildren, Miles and Chance.

Arrangements - Due to respect and seriousness demanded of Covid-19, a graveside service for Mrs. Hassenfeldt will be held at 11:00 A.M., Tuesday, September 8, 2020 at Grove Cemetery, Cross Street, Naugatuck, CT 06770. Family and friends are asked to meet directly at the cemetery. There are no calling hours and The Alderson-Ford Funeral Home of Naugatuck, 210 Meadow Street, 06770, is assisting the family with the arrangements. In lieu of flowers, donations can be made in Bea’s memory to Autism Speaks, 1060 State Road, Second Floor, Princeton, NJ 08540. To view these arrangements online, share a condolence, or an online photo, please visit www.fordfh.com.
To order memorial trees or send flowers to the family in memory of Beatrice A. Hassenfeldt, please visit our flower store.