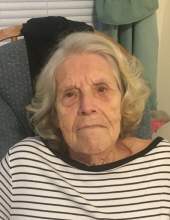 Ms. Lumis was born July 27, 1931, in Derby, the daughter of the late Elmore and Myrtle (King) Lumis. She was an Office Manager in the Telemarketing Industry and retired in 2013 after 30 years of employment. She lived the majority of her life in Stratford and moved to Milford before residing in Naugatuck. While living in Stratford, she was a Justice of the Peace and moderator of voting polls.

Arrangements – Funeral services and burial will be held at the convenience of the family and there are no calling hours. The Alderson-Ford Funeral Home of Naugatuck is assisting with arrangements.