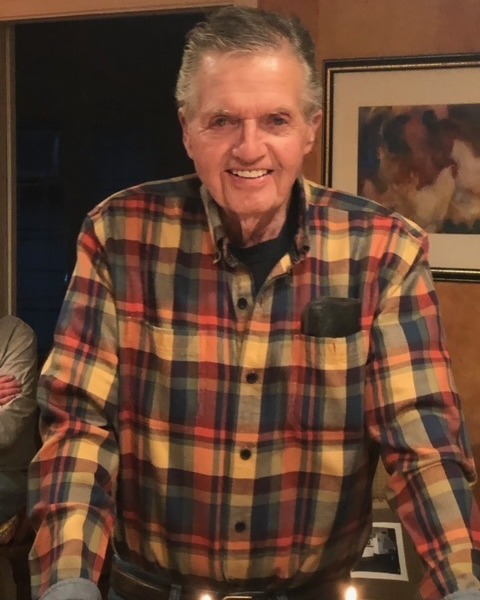 Cheshire - Arthur "Butch" Wallinger, 83, passed away on Friday, January 6, 2023, at his home with his family by his side.  He was the husband of the late Patricia (Hanlon) Wallinger.

Butch was born April 3, 1939, in Waterbury, the son of the late Arthur and Claire (Hackett) Wallinger Sr.  He is survived by his children AJ Wallinger and his wife Debra, Bonnie Wallinger and her husband John McDonald; his grandchildren, Jimmy and Christopher Greene, Jack McDonald, Jake, Hannah, and Sam Wallinger; as well as his siblings Margaret Engstrom and Robert Wallinger.  In addition to his wife and his parents, Butch is predeceased by his brother Hank.

Alongside of his wife of 60 years he established, owned, and operated A.J. Carting Company Inc. for 30 years. Later he worked closely with his family and friends at A.J. Waste Systems LLC.  He was a lifelong resident of Cheshire where he was a communicant of St. Bridget of Sweden Parish.  Butch was known for his artistic talent, making bird houses, and making beautiful paintings.  He enjoyed working on his property at his home.  He was also known for his wonderful sense of humor, he loved to make others laugh, he would often join in and laugh with them, his beautiful blue eyes and wonderful smile on display.  His sense of humor was present in all aspects of his life.  In the 1960’s he coined the clever slogan “Satisfaction Guaranteed or Double Your Garbage Back” which was recognized in The New York Times.  He loved singing along to the songs of Dean Martin and Frank Sinatra; he knew all the lyrics.

Butch had a huge heart with a soft spot for those in need, and would try to help in any way he could.  He was a strong, clever, loving, hardworking and proud man who will be greatly missed.

The family would like to give a special thanks to his caregivers; Melissa Santos, Sandra Gonzalez and Josh Zentek.

Arrangements - Visitation will be held on Thursday from 4 to 7 pm at the Alderson-Ford Funeral Home of Cheshire.  On Friday, his funeral procession will leave the Funeral Home at 9:30 am and proceed to St. Bridget Parish - St. Bridget Church, 175 Main St., Cheshire for a Mass of Christian Burial at 10 am.  Burial will follow in St. Bridget Cemetery.  Memorial contributions may be made to Franciscan Life Center 271 Finch Ave Meriden CT 06451 in Memory of Arthur Wallinger.