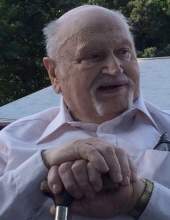 CHESHIRE - Arthur E. Childs Jr., 87, passed away Thursday November 14, 2019 at Mid-State Medical Center in Meriden. He was the husband of the late Ruth (Hansen) Childs.
Mr. Childs was born April 15, 1932, in Yalesville, the son of the late Arthur E. and Audrey (Wilson) Childs Sr. He served his country in the U.S. Army during the Korean War and was a member of the American Legion Post 92. As the Owner and Operator of Art’s Service Center with his son Peter, he was longtime Cheshire resident, where he was active in the Cheshire Historical Society. Enjoying the outdoors, his hobbies included farming, fishing and hunting. Some of his happiest memories were spent with family and watching his grandson PJ racing.
Mr. Childs is survived by his children Bruce (Jodi) Childs of Meriden, Brian (Beth) Childs of Pensacola, FL, and Peter (Kim) Childs of Meriden; his sister Muriel Blaski of Branford; his grandchildren Peter (PJ) Childs Jr., Rebecca and Matthew Hubbard, Nicole Childs, Lindsey Franklin and John Howell; as well as his longtime friend Lois Van Almkerk.
Arrangements – Funeral services and burial will be held at the convenience of the family and there are no calling hours. The Alderson-Ford Funeral Home of Cheshire is assisting with arrangements. Memorial contributions may be made to the Cheshire Historical Society, 43 Church Dr., Cheshire, CT 06410 or to the Cheshire Community Food Pantry, 175 Sandbank Rd, Cheshire, CT 06410.
To order memorial trees or send flowers to the family in memory of Arthur E. Childs Jr., please visit our flower store.