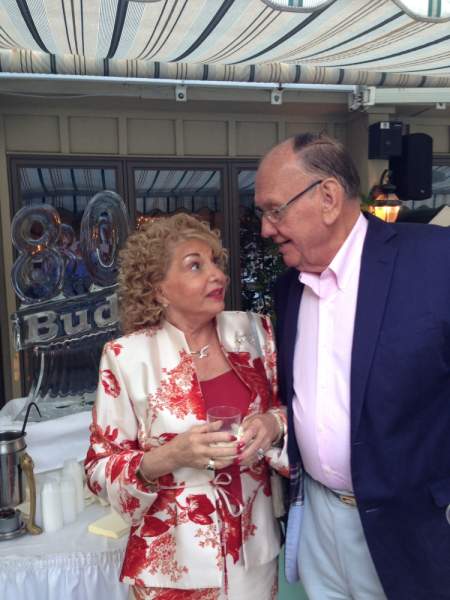 Anne Marie Webster Hintzen passed away peacefully on Thursday, January 6, 2022 at the age of 86. She is survived by her two stepdaughters, Heather Hintzen and her husband David Ridgway of Redondo Beach, CA; Heidi (Hintzen) Dulac and her husband Richard Dulac Jr. of Plantsville, CT and her grandsons Richard Dulac III and Michael Dulac. Anne Marie was born on April 21, 1935 in Paris, France, the daughter of the late Greta Webster. She was predeceased by her loving husband of 46 years, Robert “Bud” Hintzen.

She grew up in Oslo, Norway and was raised by her grandparents. She spoke fondly of them and told stories of growing up in an occupied country during WWII. Some of her favorite pastimes were cross country skiing and skating. In fact, she was in the “rag” business as she referred to it for a period of time and designed and sold ski wear. She met Bud while working at the US Air Force Element outside of Oslo. They were married in 1974. Shortly thereafter, Anne Marie left Norway after living there for almost 40 years to begin a life with her new husband and family in the US. She returned regularly to visit with friends and family.

They spent a majority of their time living in Cheshire, Ct. They were members of the Farms Country Club in Wallingford. She was known for her high fashion and impeccable appearance. She enjoyed traveling the world with Bud and often visited New York city for shopping and a show. Hosting parties gave her an opportunity to share her love of entertaining and cooking with friends and family. She enjoyed playing bridge and as a team, she and Bud were avid and competitive players. Anne Marie leaves behind many dear friends both here in the U.S. and in Norway. A comment made by one sums it up pretty well- she was a very classy lady and the passing of her and her husband marks the end of an era.

Arrangements -- A funeral service will be held on Friday, January 21, 2022 at 1:00 pm at the Alderson-Ford Funeral Home of Cheshire, 615 Main St. A period of visitation will be held on Friday from 12:00 pm (noon) until the start of the service at 1:00 pm. A Celebration of Life and reception will take place at a future date. In lieu of flowers, memorial contributions in Anne Marie’s memory may be made to the Alzheimer’s Association by visiting www.alz.org.
To order memorial trees or send flowers to the family in memory of Anne Marie Hintzen, please visit our flower store.