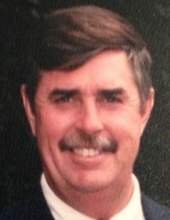 Mr. DeVylder was born October 18, 1950, in Waterbury, the son of the late Alfred B. and Marion (Griffin) DeVylder, Sr. He was a longtime resident of Cheshire, graduating from CHS in 1969. Al received an Associate’s degree from the Ratcliffe Hicks School of Agriculture at UCONN and then served his country in the Army National Guard. For seven years, Al volunteered with the Cheshire Fire Department. Later, he was a loyal member of the Benevolent & Protective Order of Elks Lodge #1784 in Westbrook. He joined and served a term as President of the Old Kelsey Point Hill and Beach Association. Working alongside his father and brother in their family business, DeVylder Florist, Inc., Al was extremely proud of his variety and quality of plant material. He generously brightened local homes and churches with poinsettias at Christmas. Al was a giving and caring friend to many. His passions included boating, fishing, UCONN basketball, and the Red Sox.

Al is survived by his children, Alfred B. DeVylder III and his wife Megan of Meriden, Jennie Barillaro and her husband Jason of Salisbury, Mary Lee Orlando and her husband Tony of Spring Hill, TN, and Christine Heaney and her husband Matt of Melissa, TX; his former wife, Trish DeVylder, of Southington; his grandchildren Wade, Nash and Louella Barillaro, Courtney, McKenna, Luke and Brinley Orlando, and Nolan and Moira Heaney; his siblings and their spouses William and Sue DeVylder, Ann and Peter Navage, Rita and George Bowman, and Gina and David Lane; sisters-in-law Stephanie Heneghan and Merri Glover, brothers-in-law Bob and Hugh Lowry, as well as many nieces, nephews, and cousins. Al is predeceased by his parents, as well as by his in-laws, Robert and Ann Lowry, and by his sister-in-law Marianne Lowry, and brother-in-law Michael Heneghan.

Arrangements – Funeral services will be held on Friday, May 17th 10:15 am from the Alderson-Ford Funeral Home of Cheshire, 615 S. Main St. to St. Bridget Church/St. Bridget of Sweden of Parish, 175 Main St., Cheshire for a Mass at 11am. Burial will follow in St. Bridget Cemetery. Visitation will be held on Thursday May 16th from 4-7pm at the funeral home. Memorial contributions may be made to The Tommy Fund at http://tommyfund.org/ .
To order memorial trees or send flowers to the family in memory of Alfred DeVylder Jr., please visit our flower store.