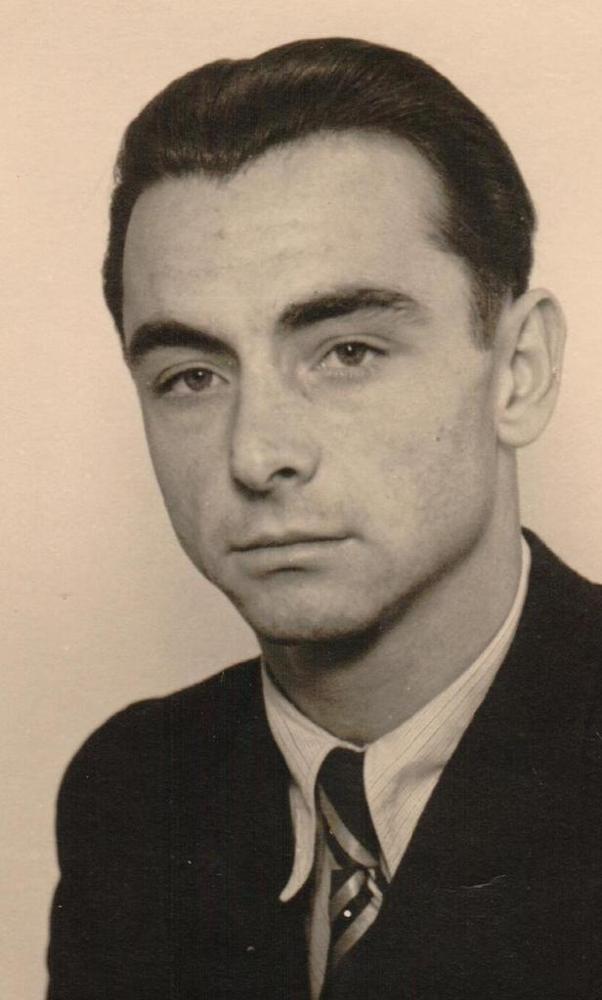 CHESHIRE - Waldemar "Walter" Saguta, 90, passed away Wednesday, April 9, 2014 at Highlands Health Care in Cheshire. He was the husband of the late Fannie (Singer) Saguta.

Mr. Saguta was born May 1, 1923 in Russia, the son of the late Vaccelli and Esther (Steinberg) Saguta.

Walter and his family were victims of the Holocaust. They were forced to leave their home in Russia and hide throughout Europe until the end of World War II. During that time, Walter's mother, two sisters and their families were captured and imprisoned by the Nazis. Walter confiscated a Nazi uniform, a jeep and obtained false documents, entered the camp and rescued his entire family. After the war, the family was sent to a displaced person's camp in Stuggart, Germany. Walter was made Chief of Security by the United States Armed Forces at the camp. This is where he met his beloved Fannie and they were married. They made a decision to immigrate to the United States. They came over to this country in 1947 with less than $1 in their wallet. One of their goals was to become citizens as soon as they could. They proudly accomplished this in 1953.

Walter was an extremely hard working person who was able to work his way up as plant manager for the meat industry in New Jersey and Long Island City, NY. When his companies closed, he moved his family to Waterbury where he was in management for Sherwood Medical Industries until he retired. Walter never missed a day of work until he had emergency surgery. Walter was a very knowledgeable man who was loved and respected by all.

Arrangements - Funeral services will be held on Sunday April 13, 2014 at 11 a.m. at the Alderson Funeral Home of Cheshire, 615 S. Main St. Burial will follow in Hebrew Benefit Cemetery in Waterbury. Shiva will be observed on Sunday after the burial services at the home of Mr. and Mrs. William Saguta. Memorial contributions may be made to the Jewish Federation of Western CT, 444 Main St. North, Southbury, CT 06488.
To order memorial trees or send flowers to the family in memory of Waldemar Saguta, please visit our flower store.