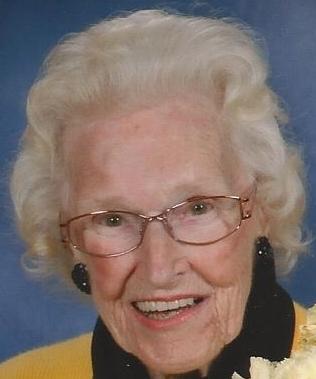 SOUTHBURY- Virginia "Ginny" Wilson Marlor, 88, of Southbury, CT and Charlestown, RI., passed away peacefully in her own bed Tuesday morning October 22, 2013, at Pomperaug Woods, Southbury, CT. She was predeceased by her husband of 53 years, James Ward Marlor of Southbury, CT.

Mrs. Marlor was born Virginia Ruth Wilson on February 19, 1925 in Hodgdon, Maine, Aroostook County. She was the only child of the late Ralph Waldo Wilson and Edna Gibson Wilson of Houlton, Maine. Virginia grew up in Houlton. Her maternal grandparents Ide and Howard Gibson lived nearby in Houlton. She attended Houlton High School, Class of 1942. She graduated from Ricker Junior College, also in Houlton and worked as a teller at the Houlton Savings Bank.

Ginny met her husband Jim on a hunting/fishing trip on the Allagash River in northern Maine. She was a resident of Houlton up until 1952 when she and Jim married and moved to Naugatuck, CT to their first apartment closer to Uniroyal where Jim worked. They later purchased their first and only home in the White Oak section (now Main Street North) of Southbury, CT. They enjoyed remodeling their old colonial saltbox while starting their family. Many happy summers were spent on their boat cruising Long Island Sound, enjoying membership at the Middlebury Swim Club and in 1972, purchasing their cottage on Central Beach, Quonochontaug , Charlestown, RI.

Ginny was a member of the Federated Church of Southbury, now the United Church of Christ, for over 50 years. She was a former Deacon, a member of the Church Council, Women's Fellowship and held the position of treasurer for many years. She was an active and longtime member with the Waterbury Junior League and the Mattatuck Museum of Waterbury, Ct. She chaired the Town of Southbury Annual Appeal for the Waterbury Hospital Equipment Fund and was seen at the Southbury Town Hall on election days checking folks in before they voted. She volunteered time at the Waterbury Hospital and worked tirelessly with the Levenworth Foundation.

Her greatest joys were as a wife to Jim, mother of her children and Nana to her grandchildren. Virginia is survived by a son, James W. Marlor Jr. and his wife Tracy Marlor of North Granby, CT; and two daughters Susanne Hubbard and her husband Steven of Auburn, MA, and Kimberley Marlor of Lutherville, MD, 3 grandsons Benjamin, Keith and Jack Marlor of North Granby, CT., a granddaughter Catherine Vickers of Worcester, MA and two step- granddaughters Rachel Vaillancourt of Hopedale, MA and Emily Hubbard of Medway, MA.

After Jim's passing in 2005, Ginny moved to Pomperaug Woods in Southbury, CT where she remained a resident until her death.

The family would like to express sincere gratitude to the staff at Pomperaug Woods, their Healthcare Center, VITAS Innovative Hospice Care and her primary care physician and longtime family friend Dr. Craig Shealy, for their excellent and compassionate care of Ginny during her final months of her life.

A Memorial Service for Virginia will be held at the United Church of Christ, 283 Main Street North, Southbury, CT. 06488 on Saturday, December 14, 2013 at 11 am. A reception will follow in Fellowship Hall at the church. A private burial of her ashes will take place in Brooklyn South Cemetery, Brooklyn, CT in the Spring 2014. There are no calling hours. The Alderson Funeral Home of Naugatuck, 201 Meadow St, 06770 is assisting with the arrangements. In lieu of flowers, donations in Virginia's name may be made to: United Church of Christ, 283 Main Street North Southbury, CT 06488 or Houlton High School Alumni Association Scholarship Fund, P.O. Box 990, Houlton, ME 04730(Class of 1942).
To order memorial trees or send flowers to the family in memory of Virginia Marlor, please visit our flower store.