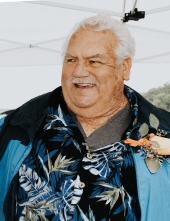 EAST HARTFORD - Leon J. Richard Sr., 79, formerly of Cheshire, passed away on Tuesday, August 9, 2022, at MidState Medical Center. He was the husband of Darlene (Dibkey) Richard and the late Gail (Rabideau) Richard.

Mr. Richard was born October 24, 1942, in Waterbury, the son of the late Frederick and Gladys (French) Richard. He was the Owner and Operator of Trick ur Kart.

Arrangements – Funeral services and burial will be held at the convenience of the family and there are no calling hours. The Alderson-Ford Funeral Home Cheshire is assisting with arrangements.