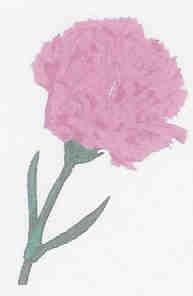 June D. DiManno, 81, passed away Sunday, November 8, 2009 at her home. She was predeceased by her husband Pasquale A. DiManno.

June was born December 28, 1927 in Waterbury and was the daughter of the late Lina (Winslow) and Thomas Walsh. June worked as an assembler at the Torrington Specialty Company prior to her retirement.

June was a member of St. John's Episcopal Church in Waterbury. She was an avid reader.

The family would like to thank the Greater Bristol VNA, Linda Merchant, Barbara Depinto, and express there heartfelt gratitude to Dr. Thomas Grecco for there heartfelt care that they showed June.

Arrangements- June's funeral service will be held Wednesday November 11, 2009 9:15 A.M from The Alderson Funeral Home of Waterbury, 9 Holmes Ave to St. John's Episcopal Church, 16 Church St., Waterbury for a service at 10 A.M. Burial will follow in New Pine Grove Cemetery, Waterbury. Calling hours will be held Tuesday, November 10, 2009 from 5 to 8 P.M at the funeral home. Memorial Contributions in June's name may be made to the Harold Leever Cancer Center, 1075 Chase Parkway, Waterbury, CT 06708.
To order memorial trees or send flowers to the family in memory of June DiManno, please visit our flower store.