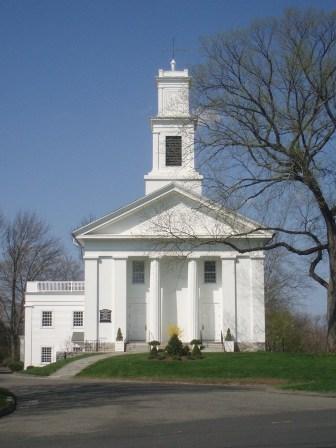 A lifelong Middlebury resident, she was the daughter of Charles P. and Mildred Harper. She lived for nearly 70 years in the Clark family home on North Street. Mrs. Clark attended Middlebury and Waterbury public schools as well as Post Junior College. She worked for many years for the town of Middlebury, first as an administrative assistant in the local school district, and later as a bookkeeper and purchasing agent in the town offices at Middlebury Town Hall.

In her retirement, she fulfilled her long-held wish to travel, touring throughout Europe, the Middle East, Asia, and Australia over several years. Late in her life, she continued her quest to learn new things about the world and human experience through her love of books. She was an active book club member up to the time of her death and a longtime volunteer at the Middlebury Public Library. She was also a longtime member of the Middlebury Congregational Church.

Harriett Clark will be long remembered through the many friendships she forged across generations. Those memories will include her deep love of family, her sincere interest in the lives of other people, her kindness to children, and her quick and easy laugh.

Mrs. Clark is survived by her three children, Russell G. Clark, Jr. and his wife Jane Deane Clark of Eastman, NH, Elizabeth Erskine and her husband B. Wayne Erskine of Swoope, VA, and Curtis Clark and his wife Katheryn Krecker of Middlebury; her brother George Harper of Lynchburg, VA; her sister Elizabeth Baker of Fruitland, FL; five grandchildren and four great grandchildren.

Arrangements - A Memorial Service will be held on Thursday August 11, 2011 at 11 a.m. at Middlebury Congregational Church, 1242 Whittemore Rd. Burial will be held at the convenience of the family in Middlebury Cemetery and there are no calling hours. Memorial contributions may be made to Middlebury Public Library, 30 Crest Rd., Middlebury, CT 06762 or to the Middlebury Congregational Church, 1242 Whittemore Rd., Middlebury, CT 06762. The Alderson Funeral Home of Waterbury, 9 Holmes Ave. is assisting with arrangements.
To order memorial trees or send flowers to the family in memory of Harriett Clark, please visit our flower store.