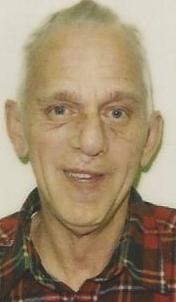 CHESHIRE- Curtis W. Murphy, 79, passed away Thursday January 30, 2014 at the Highlands Health Care Center. He was the widow of Alison (Frank) Murphy.

He was born December 2, 1934 in Fort Fairfield, ME, son of the late Herbert Stanley and Kathleen (Chase) Murphy.

Curtis was employed at the Ball and Socket Company for 27 years prior to his retirement. He was an avid Boston Red Sox fan.

He is survived by his stepmother Elsie Murphy of Wallingford, his brother David F. Murphy and his wife Joy of Pittsburgh, MO, his sister Maureen Bouteiller and her husband Daniel of Cheshire, a stepbrother James Strong of Seymour; his stepsisters Nancy Ianucci of Cheshire, and Sharon Winters of Yalesville; and several nieces, nephews and cousins.

Arrangements- A Memorial Service will be held 10 A.M. Monday, February 10, 2014 at the Cheshire United Methodist Church, 205 Academy Rd, Cheshire, CT 06410. Burial at will be at the convenience of the family. There are no calling hours. Memorial contributions may be made to the Connecticut State Council Campership Fund, c/o Anne Lavoie, 58 Pond Hill Road, Wallingford, CT 06492.
To order memorial trees or send flowers to the family in memory of Curtis Murphy, please visit our flower store.