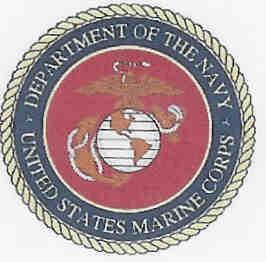 COLCHESTER- Mr. Arthur E. Johnson, Sr., 91, of Colchester, passed away on Sunday morning Oct. 30, 2011 at St. Francis Hospital in Hartford. He was the husband of the late Margaret M. (Cherry) Johnson, who passed away in 1992 after 49 years of marriage.

Art was born and raised in Naugatuck, a son of the late J. August and Ingeborg (Swanson) Johnson and was educated in the local school system. He graduated from Naugatuck High School in 1938. He enlisted in the Marines in January 1942, just after Pearl Harbor and saw active duty in the Pacific at Tulagi, Guadalcanal, Gloucester, as well as Talasea. He returned to Naugatuck where he married Margaret Brennan Cherry and raised his family of two children. He worked in a variety of jobs over the years including the Chemical Division of Uniroyal and CL&P. He retired from the Bristol Company in Waterbury in 1984 after 30 years of service. He was a Naugatuck resident for most of his life, moving to Colchester a year and a half ago. He was a member of the Salem Evangelical Church.

Art's curiosity about the world was insatiable. He was a passionate reader and educated himself on every topic imaginable. His shelves were lined with books on art history, science, nature, mathematics, poetry, world literature and civil war history. He bought a microscope and studied microbiology. He was fascinated by DNA and forensics and taught himself all that he could in these areas. It was not unusual to find him huddled over the kitchen table with half a dozen books spread out as he studied his particular new interest. He began using a computer at age 70 and developed carpal tunnel syndrome from too much cruising on the Internet, and somehow through it all, he found time to read his 'junk' mysteries just to round things out. 'So many books, so little time' was a favorite quote. He was very proud that at the Howard Whittemore Library's bicentennial celebration, he was honored for the number of years that he held an active library card. For that reason he wished donations to the library in lieu of flowers. The family would like to thank the staff of Harrington Court in Colchester for the exceptional care Art received while a resident there.

He leaves his children, a daughter Judy Johnson of Amston, CT, a son Arthur E. "Ted" Johnson of CT and one niece Sandra Forgue of Fitzwilliam, N.H.

Funeral services will be held on Thursday Nov. 3, 2011 at 11 a.m. at the Alderson Funeral Home of Naugatuck, 201 Meadow St. Burial with full military honors will follow in Grove Cemetery, Naugatuck. Friends may call at the funeral home on Thursday morning from 10 a.m. until the time of the service. In lieu of flowers, memorial contributions may be made to the Howard Whittemore Memorial Library, 243 Church St., Naugatuck, 06770
To order memorial trees or send flowers to the family in memory of Arthur Johnson, please visit our flower store.