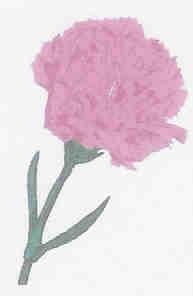 NAUGATUCK - Anna Weiss, 92, formerly of Naugatuck, passed away Sunday January 30, 2011 at Paradigm Health Care of Prospect. She was the wife of the late Walter H. Weiss.

Mrs. Weiss was born October 16, 1918 in Waterbury, the daughter of the late John and Marie Rabenko. She was a longtime Naugatuck resident where she was a member of the Immanuel Evangelical Lutheran Church and a former member of the Eastern Star.

Mrs. Weiss is survived by her daughter-in-law Mariann Weiss of Unionville, CT; her grandsons Christopher Slater and Jason Weiss. Besides her husband, she is predeceased by her son Walter Jack Weiss; her daughter Karen Slater and her grandson Lawrence Weiss.

Arrangements - Funeral services will be held on Monday February 7, 2011 at 10 a.m. at the Alderson Funeral Home of Naugatuck, 201 Meadow St. Burial will be held at a later date in Grove Cemetery and there are no calling hours. Memorial contributions may be made to the Immanuel Evangelical Lutheran Church, 170 Coen St., Naugatuck, CT 06770 or to the Connecticut Humane Society 701 Russell Rd., Newington, CT 06111.
To order memorial trees or send flowers to the family in memory of Anna Weiss, please visit our flower store.